Not Down for The Count

There are many opinions on why the recent zombie fad has taken such a pop-culture foothold. The blogosphere offers profound theories suggesting that zombies personify such intangibles as humanity’s lack of spirituality, political disenfranchisement, and inability to face mortality.

Well, I think all that is overblown. I believe the zombie phenomenon is based on something much simpler and primitive – like that we all, to some degree or another, want to hit each other over the heads with hammers and eat peoples’ faces off. The “zombie-made-me-do-it” excuse offers the perfect cop-out. 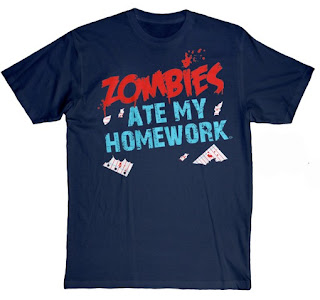 While contemplating my own thoughts on the zombie craze – a single-sided skull session inspired by a commercial for a zombie romance (wha?) movie called Warm Bodies – it dawned of the dead on me that we shouldn’t fear the stereotypical zombie of the horror or (apparently, now) romantic comedy genres. Our real enemy is what I call the “creative zombie.” No, this is not an echelon of undead with exceptional artistic talents or outside-of-the-box thinking skills. Quite the opposite: they are fleshy vessels for ideas which should be long dead. Unlike traditional zombies, their pound of flesh is not physical; they kill all forms of progress and breed mediocrity. These automatons are not things of nightmares or legends...they walk among us. In fact, the creative zombie is even more insipid than its traditional counterpart because instead of wearing evidence of its cannibalistic nature on its tattered sleeve, they hide it. Under well-pressed clothes. Furthermore, in contrast to the zombies in the movies, the creative zombie survives at the end. More often than not, they don’t just survive, they triumph.

I’ve taken some downtime this week. And, though I’m not much of a TV-watcher, I’ve caught myself getting sucked in to some pretty mindless programming. And TV, of course, is one of the most powerful tools of the creative zombie. 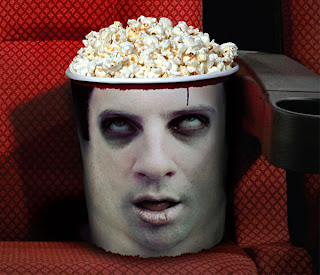 One particularly stupid show I found myself glued to yesterday was a program on H2 called Counting Cars. It’s an absolutely absurd reality show about some guy who, oddly enough, does not enumerate automobiles. No. It centers around a restoration/kustomization/whatever shop owned by a fella who calls himself “The Count” despite his name being Danny and his ancestry comprising of no clear royal lineage. (In a bizarre coincidence, this nickname originates from his stint as a B-horror movie host on a network TV station.)

I have no idea why this show is on the History Channel except that it is a spinoff of another show that was already on the History Channel and the creative zombie craves convenience. I mean, The Count has absolutely nothing in common with H2 staples Hitler or Genghis Khan. Well…I guess all three had a penchant for accessorizing with skull motifs.

Anyway, I suppose the reason I am harping on this particular show – which, in all fairness isn’t the worst program on TV – is that it coughs creative zombie-ism from every exhaust pipe. The show is unoriginal, not particularly entertaining, and the personalities aren’t compelling in the least. Yet it keeps on comin’ atcha with the unrelenting brute force only a zombie can wield: sucking us in, one minute at a time, making our minds as dull and useless as the show’s premise. And I am ashamed, because I fell for it.

Can I use the “zombie-made-me-do-it” excuse just this once?

During a portion of the show where the zombie grip loosened (I think it was when one guy tricked another into sitting in a pool of lotion through some cunning involving a prank phone call), I actually began to thumb through the stack of reading material I’ve been meaning to tackle…but was stopped.

What is that? The Count made a regulation pool table out of a Ranchero? Sonofabitch…it has skulls on it!

See? The creative zombie is so stealthy in its might that it transcends the heavy-handed tactics of the traditional zombie. With the power of the TV, they don’t even need strength to breach our homes. They’re invited in with a click of a remote control. The only strength needed is that which is necessary for us who are still living to pry our eyes from the screen, put down the remote, and walk away.

We can do this. Don’t let them win. 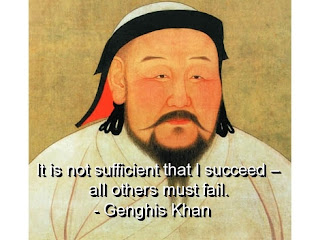 Have You Heard the Good News?

So, I was reading Ecclesiastes.

Don’t worry, it was the Skeptic’s Annotated Bible.

The book of Ecclesiastes is, in the simplest terms, an autobiographical account of a Truth (yes, the capital “T” kind) seeker. Some say it was written anonymously, others claim it was written by Solomon in his last years. I’m sure there are other theories, but it’s late and I don’t care. Whoever it was does refer to himself (“Koheleth”) in the third person à la modern-day philosophers Mike Tyson and Jesse Ventura, which is always the mark of a sound mind. Oh, and there is the matter of when it was written…another minor mystery that remains “open.” But none of this matters.

What does matter, according to the words of Koheleth is, well, also nothing. This will come as excellent news to those of us who have long suspected such. In fact, this ancient text reinforces such gems as: nothing is fair; good shit happens to good people and bad people while, on the same hand, bad shit happens to bad people and good people; no human knows how to provide for the welfare of themselves or others; the more knowledge people have, the more miserable they become; greed is bad, but; smoke ‘em if you got ‘em, because; we are all going to die. 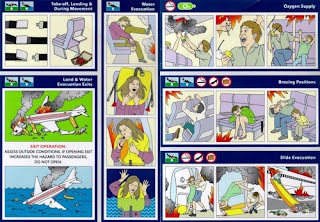 Aside from no specific mention of the Fiscal Cliff, mass shootings, or the fact that NY Met catcher Mike Piazza didn’t make the cut in his first year of Hall of Fame eligibility, it seems things really have not changed much since approximately 450 BC. This is despite Koheleth’s overarching message that – again, paraphrasing – nothing is permanent and that there is a season for everything. (Ecclesiastes, of course, served as the inspiration for the folk tune "Turn! Turn! Turn!”).

So, Natalie, what is this all about? Well, you do the hokey-pokey and you turn yourself around, and that's what it's all about. Wait, I think Natalie is on a tangent. Focus, girl.

Ecclesiastes, yes. Yes, there was one verse that struck Natalie as particularly relevant to her life at the moment. Hold your breath, kids; Natalie is about to quote the Bible:


What is twisted cannot be straightened; what is lacking cannot be counted (New International Version)

Or the way I interpreted it (note: for optimal effect read it aloud in a Sling Blade voice – preceded by an “I reckon” and followed up with an “umm…hmm”):

Why this verse? Well, it turns out I’m ready to admit I’m a twisted thing and I’m fucking done trying to make imaginary and futile things add up to shit that, well, just doesn’t add up.

Why now? You see, one of the most confounding characters I’ve ever had the chance to chum up on this mortal coil called me “weird” last week. Now, I’ve been called “weird” (and worse) many times before, but this was different. I was out of my element and feeling particularly sensitive. Plus, we are talking about a pretty big pot throwing labels at little ol’ Ms. Kettle, if you catch my drift. 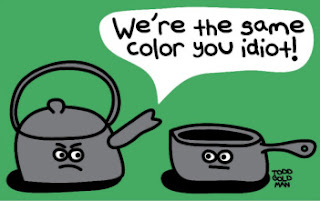 I thought about it for a while and wondered why I was so bothered by the comment. It took some time, and a drink or two, but I think I understand now. I’ve spent way too long trying to make this twisted thing straight. I’ve tried so hard to live a certain way, act a certain way, etcetera, etcetera, etcetera (that last part sounds best when read in a Yul Brynner “King of Siam” voice) according to the situation.

It was like I was living as some unfortunately-proportioned Barbie Doll. There was a professional Natalie, a gym Natalie, a perfectionist Natalie, a fun-time Natalie, and then a Natalie that seethed and defied and either spoke too little or too much because she couldn’t figure out what the fuck Natalie she was supposed to be. And that last Natalie kinda-sorta took over. Slowly, she became Unisom Natalie who stayed up all night nursing fears and self-loathing like the wounds they are. She'd ponder all the injustice that she never had and never will have any power over. She'd fret over knowledge she thought she didn’t possess and wisdom she thought she’d never attain. She'd covet all the meaningless shit that she can’t afford and won’t be able to take with her in the end. And she did all this while forgetting that she indeed embodies strength, love, and an intangible uniqueness that may actually linger after she’s gone.

It says so in the Bible.
Posted by Toasterchild at 2:00 AM 1 comment: