The Times, They Ain't a-Changing

Every morning, I get ready for work while listing to 1010WINS newsradio. They give the current time and temperature with a Tourette’s-like frequency. And yet, I usually still don’t really “hear” it as I am a disaster before noon. But on Wednesday, the mellifluous voice of anchor Judy DeAngelis rose above the morning chaos of the running shower, the battery-operated toothbrush, and my internal dialog (“No, you CAN’T call in sick...”).

It took forever, but I finally figured out why that particular weather combo stopped me in my sleepwalking tracks. Does anyone else remember the opening sequence of Pearl Jam’s “Jeremy” video?


If you don’t, it’s ok. Because it was released in 1992. 20 fucking years ago. Yes, people who weren’t even born when it cleaned up at the MTV Video Music Awards are able to vote in the upcoming election.

Wednesday was also the day of the first Presidential Debate so the radio station did some kind of “man on the street” bullshit where people chimed in to say if they are better/worse off financially than they were four years ago and, therefore, if they will vote for Obama/Romney. Well, at least I’m pretty sure that’s what happened; I’d be lying if I said my Unisom-addled brain was paying attention at a percentage greater than that of Obama’s latest approval rating. 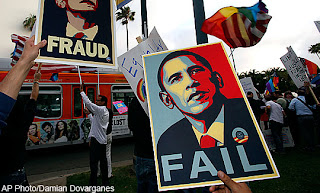 But it got me thinking: is four years the benchmark at which we should really be measuring our current status? Anecdotally, people close to me have been doing quite shitilly for MUCH longer than that. And, indeed, the stats back this up. According to one recent article, The Federal Reserve stated the median net worth of American families in 2012 (adjusted for inflation)  is back to where it was in 1992. For those keeping score at home, this is biggest drop in wealth since the Great Depression. After some further poking around, I found another source which stated the “average American taxpayer” is pretty much earning the same yearly income ($33K-ish, adjusted for inflation) as they were 20 years ago.

This means the “average American Taxpayer” hasn’t made financial headway since the very year “Jeremy” was released. Pretty gloomy...64 degrees and cloudy for two whole decades.

But enough of the bad news. On to the weird news!

You see, on Wednesday’s broadcast, the radio station also reported an oddball story that Six Flags Great Adventure—a NJ theme park—“banned heavy metal.” This edict was instated on the heels of violence that occurred at a weekend concert, comically called “FestEVIL,” by a bunch of ridiculous bands that I’ve never heard of.

Wanna take a wild guess when the “Explicit Lyrics” label, a compromise to early PMRC efforts to ban heavy metal and other “objectionable” forms of music, was required to be included on an album’s artwork (as opposed to a sticker)? Yep…1992.

It would seem the old adage “the more things change, the more they stay the same” is hackneyed, but it’s also proving true.

However, as with every broad stroke we paint, we indiscriminately cover the exceptions. So while this post may make you think about how, personally, 1992 compares with 2012—how your financial situation blows, how you are still driving some form of a Toyota Corolla (shit, maybe it’s even a 1992), and how your “new” fall wardrobe consist of leggings, booties, studded leather, and leopard print, try to think of the ways you HAVE “evolved.”

It will make you feel better.

To get ya started, I offer this bit of nostalgia—my 1992 high school yearbook photo. Now, I still wear matte red lipstick 98% of the time and am a blonde (after nearly 20 years of purples, reds, and black). However, my look has changed drastically as I no longer wear my hair like this:

Because, as reported on the news the other day, there is a ban on heavy metal at least somewhere in New Jersey.

(Author's note: I am not bashing Obama or Romney, specifically. I am bashing the whole lot. Politics are a corrupt fucking joke, and the whole two party system is absurd. Rock on.)
Posted by Toasterchild at 12:22 AM 2 comments: