Before I came to know most of the people, places, and things I've loved throughout my life, there was dance. 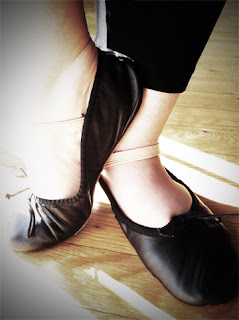 Today we celebrate the martyrdom of the “commonly accepted” St. Valentine. You know, the fellow who was murdered by a barbaric beating and beheading at the behest of Emperor Claudius of Rome.

In the thousand or so years between the death of Valentinus and the writings of Chaucer, the feast of St. Valentine morphed into a holiday that celebrates romance. But, just as the spirit of the “original” Valentine’s Day has become lost, so has the very notion of romantic love.

Or so says CNN.

According to a CNN Living columnist, romance is going down the shitter because of the internets and the iPhone. You see, the under-30 crowd is no longer hand writing love notes or even using whole words to express feelings and urges commonly associated with this thing called “love.”

The youngsters have developed a code—a lust lingo, if you will—which enables them to suggest, request, or otherwise communicate acts of contact without actually communicating or making contact. Yes, I know what I just wrote. It’s a mad, mad world!

The piece even included a “Decoder” (yes, that is what it was labeled) sidebar for the 30–and-over set. Here is a partial list:

IMO (whoops), some of these abbreviations are suspect. Really – typing “53X” is, character-wise, the same length as the real word. If you are texting, it’s actually more of a pain in the ass as you have to toggle between the letters and numbers. But I guess in these situations the rational mind gives way to the primal instincts. And we are talking about the youth here: when it comes to booty, they know no bounds.

But, before we all start with the hell-in-a-hand basket stuff, we must also remember what else February 14th stands for…it’s not all just decapitation and candy.

I would not blame you one bit for scratching your head right now, but this will all make sense in a minute; hang on and view the video below. To keep this moving (though I do hope you save it for later), skip right to the 7:45 mark.

Well, it looks to me that Jack Benny was texting. And he was so ahead of his time that he did it without the interwebs or the smartphone. Sure, it was advertising and had nothing to do with the tawdry typing of today’s teens. But then again, he was “39.” Maybe he just knew it best to skip the 53X and go straight to the cigarette.
Posted by Toasterchild at 8:05 PM No comments: