Absence, without leave
In such a nice neighborhood
Let’s hope for fire Posted by Toasterchild at 9:12 PM 2 comments:

This afternoon I rode shotgun on a coffee run to Palisades Park. I’m waiting on Mel when a festively dressed gang of Korean seniors comes rolling down Broad Ave with an arsenal of hand-held aural assault weapons.

Simultaneously confused by the racket and amused by the uncanny ability of Koreans to work pom-poms and visors into any ensemble, I regret that I hesitated in drawing my iPhone. By the time I tapped the record button, the joyful noise had ceased. I tried to get them to start up again...to no avail:

Just after they passed the gas station, they inexplicably began banging away in front of the pharmacy. WTF?!?!

As it turns out, this band of merry-makers is not just “local color.” According to a Broad Ave business owner, this stunt is a monthly occurrence. The gang bangs these drums up and down the main drag of town in order to “drive demons” from the shops. What's more, they return to the scene (presumably in business casual) and demand donations for their deed.

While it's certainly the weirdest “protection” scheme I’ve ever heard of, it certainly deserves an “A” for originality. Aside from being a super-cute shakedown, I’d guess it’s also a damn effective one. Who can say “no” to either a demon-free establishment or a Korean with pom-poms on their head?
Posted by Toasterchild at 6:11 PM 3 comments: 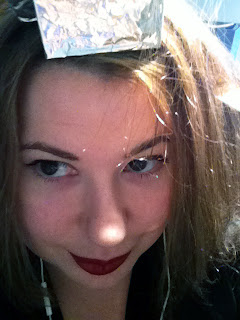 A tin foil hat is a piece of headgear made from one or more sheets of aluminium foil or similar material. Alternatively it may be a conventional hat lined with foil. One may wear the hat in the belief that it acts to shield the brain from such influences as electromagnetic fields, or against mind control and/or mind reading; or attempt to limit the transmission of voices directly into the brain.

The concept of wearing a tin foil hat for protection from such threats has become a popular stereotype and term of derision; the phrase serves as a byword for paranoia and persecutory delusions, and is associated with conspiracy theorists.

Source: Wikipedia
Posted by Toasterchild at 8:43 PM No comments:

The Girl With The Tucker Tattoo

One of the 47 remaining 1948 Tucker sedans, Tucker #1043, will be crossing the auction block at Barrett-Jackson this Saturday. As it is a presumably pristine vehicle from the Pratte collection, I believe we will see a princely sum paid for this piece of history. A hammer price of $2 million is not out of the question given the mad money recently commanded by Tuckers in comparatively poor condition. For added insurance though, it is being offered with a reserve.

I religiously watch B-J and follow a good number of other classic car programs, publications, and websites. In "real life," I've visited some fantastic public and private car museums. In short, I've seen have wildly impressive vehicle and automobilia collections and know how expensive the "hobby" can be. And as accessible as things likes TV shows and museums are to the middle class, it's easy to see the money involved and feel completely left out.

But why let my lack of a few extra million bucks ruin my fun?

While I'll probably never come close to owning anything beyond a few auto-themed collectibles and my "daily driver" (a 2005 Chrysler Crossfire Limited Coupe) for a good long while, I think I've nailed a truly unique piece this past summer.

I got a tattoo of a Tucker from artist Amy Nicoletto (from the TV show LA Ink). You can read about the adventure here.

It's in a difficult-to-photograph area as it wraps around the my calf (yeah, it's big). But this is the gist of it: 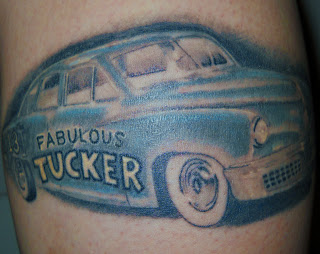 For those of you not so immersed in Tuckers (or my oddball thought process), the tattoo is a "mash up" nod to the NASCAR Tucker, Nick Jenin’s Fabulous Tuckers traveling show, and the early '50s Marshall Teague Fabulous Hudson Hornet. Finally, the "13" race number is a tribute to Pat Swigart whose #1013 was the first Tucker I had the pleasure of planting my tuchus in.

Sure, it's not real thing. But in the world of collectibles, it's a game of numbers. And "one of one" will always be king.
Posted by Toasterchild at 11:37 AM No comments:

An opinion piece in today’s New York Times asked the question: “What will life be like for the wives of Roman Catholic priests?” 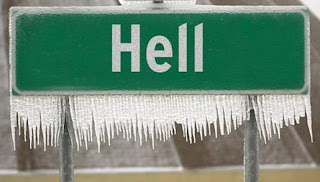 See, the Vatican recently organized a “special division” of the Catholic Church—the Personal Ordinariate of the Chair of Saint Peter—that will allow already married Episcopal priests to become Roman Catholic priests. As with all things Catholic, a consecrated host of rules surround this special dispensation. Nonetheless, it is remarkable news as Catholic priests have not been able to keep wives since 1123. Not to mention, the Vatican doesn't exactly have a reputation for instituting sweeping changes. Sweeping things under the rug is more their MO.

The article, written by a history professor, gave a synopsis of why the canonical kibosh was placed on clerical marriage. It also served up some surprising sociological insight on how wives of priests were viewed by the great unwashed of the 11th century. It seems clergy wives of old faced all kinds of mad hatred. You know, that special kind of abhorrence of which only Christians are capable. Ugly stuff.

At the very least, Medieval types saw wives as a distraction to the work of priests. I get that. Nearly a century later, work-life balance is still an issue for most. But what I found truly bizarre was that many believed marriage somehow sullied the priest. And “the priest who handled the body and blood of Christ should be uncontaminated lest he defile the sacred corpus.” Let me clarify that by “sacred corpus” we are talking about the disembodied flesh and blood of Jesus. Guess you can never be too clean to cannibalize your savior. 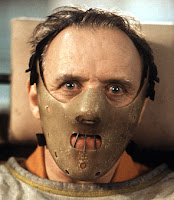 So, as our only frame of reference for the day-to-day existence of Roman Catholic clergy wives is coming up on 900 years old, the author’s initial question is a valid one: What WILL life be like for the ladies this time around? Being intellectually curious by nature, I say we find out. And not by way of a well-done documentary or responsible journalism, but via America’s entertainment of choice...a realty show. Let’s strap some cameras on the Real Rectory Wives of New Jersey and go where the Holy Spirit leads us.

But why stop in Jersey? The RC Church is global so, shit, we’d be remiss if we didn’t make it a franchise. We could hold each season in a different city. We could have specials where the parishes go to Hawaii and Europe...even Vanuatu. And don't forget the potential for crossover episodes: “Next week on Real Rectory Wives...Saint Francis Church of Hoboken invades the Church of the Madonna in Fort Lee. When tempers flair, it will be hotter than Hell.”

Think about it: the resentment, the temptation, the clash of old school priests vs. these wanton ex-Episcopals! What will ensue? Will it be nuns vs. wives in tabernacle Twitter wars?

God, I haven’t been this titillated since I typed “defile the sacred corpus.”

Real Rectory Wives offers a natural a framework for a reality series. I mean, we are dealing with a “special division” of the RC Church. The way I see it, we are already in spin-off territory, and it can only grow from here.

Man, do I hope someone picks up on this winner of an idea. The Real Rectory Wives franchise could be more popular than Jesus.
Posted by Toasterchild at 9:06 PM 1 comment:

The Port Authority of NY/NJ works in mysterious ways. Especially when it comes to illuminating the George Washington Bridge. Since I've lived here, I've seen the cable "necklace" shine pink in October for Breast Cancer Awareness and glow green this November for some nonsense having to do with Girl Scouts. But my favorite lighting configuration is when the stanchions beam bright white from within.

This seems to happen, more or less, on National Holidays. However, they weren't lit for New Year's Day though they are lit tonight. It's kind of hit or miss.

Perhaps they are celebrating Twelfth Night? It's anyone's guess at this point.

Anyway, I hope ya'll will enjoy tonight's view form my roof as much as I have. And I promise I'll get back to actual writing and stop with these bullshit iPhone photos very soon. 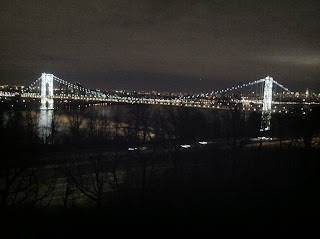 Posted by Toasterchild at 9:35 PM No comments: