A few weeks ago brought us Black Friday, the official kick-off of the holiday shopping season…although its “official” status is being jeopardized by newcomers such as Small Business Saturday and Cyber Monday. Come to think of it, it seems we now have more holidays too–like the Kwanzaa–so who knows what is actually doing the kicking off and to what it’s kicking toward. Regardless, you know what I’m talking about. 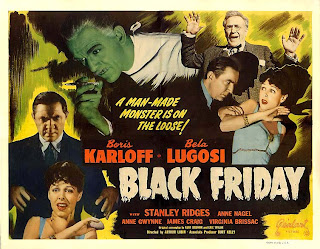 Now, you may call me many things, but “doorbuster” is not one of them. I find it preposterous to line up around the block during the wee hours to save ten bucks on shit that I, nor anyone else for that matter, needs.

I suppose if you really are watching your pennies and the alternative to “midnight madness” is scarring your child for life by denying them the commercial pleasures of Christmas, then fine, ya’ll get a pass. But if you are the sort who can afford MSRP on that Blu-ray, then you are out of line even while queued behind stantions at Best Buy. And if you have ever uttered the phrase “time is money” and have the snowballs to participate in this nonsense, you deserve to be pepper-sprayed on sight.

But the greed of Black Friday (or whatever the fuck) is nothing compared to the rampant avarice I witnessed today...on the lunch line at work.

This is going to take a little background: every day the cafeteria offers two varieties of soups. They are set up in two stainless steel stations, each housing both varieties. That’s a total of four kettles. Got it? 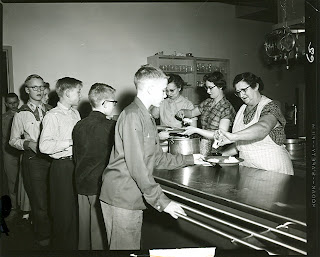 Today they offered Italian wedding soup, apparently the only thing that can spawn behavior more obnoxious than an actual Italian wedding. You see, this afternoon there was a sign–put up by management–stating the number of mini-meatballs to which each diner is entitled based on the size of the soup purchased (i.e. a 12 oz. order allows four meatballs; a 16 oz. allows six). This was something new.

When I finished rolling my eyes, I scoped BOTH stations and saw no meatballs in either. Just broth and floating pasta thingies. Clearly, the sign was necessary. My co-workers had picked clean the balls.

On one hand, I kind of felt bad for the catering manager as sales surely suffered due to the sphere-less soup. But upon further thought, I laid my pathos with the patrons. I figured that when you are forced into a position where your opportunity to “stick it to the man” involves stuffing all the balls you can squeeze into a 12 ounce cup, well, that’s just not a good place to be.

I’ve been thinking a lot about values lately. Not necessarily moral vs. material, but how the two often go hand in hand. Shit, I do enjoy a bargain and I do hate to be ripped off. But there are limits, kids. Just as we work hard for the dough we need to buy stuff, others have worked hard to make the stuff we’re buying. Somewhere between point A and point B people certainly take advantage, but that’s not my...umm…point. 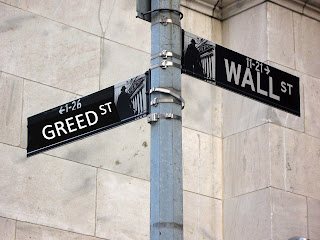 Jesus (Mithra, etc.) may not be the reason for the items we bought on Black Friday or the goodwill to which we will raise our glasses next week. But there is a moral lesson to be learned in all of this. As we all ponder values this season, remember that treating each other with fairness and respect is not just for special occasions. In this spirit, I urge you: leave the half-off Barbie dolls for those who need them and, for the love of God, go easy on the balls.
Posted by Toasterchild at 10:33 PM