Recent blog posts have recounted events of minor disasters in and about my Hudson Terrace apartment building (see the transformer explosion and the noxious fume invasion). These festive themes, today's holiday, and my inexplicable fascination with Fort Lee in general and my neighborhood in particular, have inspired this entry about Saturday's 75th anniversary of the fire that destroyed the building which housed the original Riviera nightclub. A building, of course, formerly located within yards of my apartment.

The Hudson Terrace property was originally a restaurant/nightspot called the Villa Richard. It was opened in 1909 by a chef named Jean Richard, previously of NYC's famed Delmonico's. It enjoyed a lively three-decade run, including a raid in 1929 for suspicion of being a bordello, before Richard leased it to Ben Marden.

Marden would renovate the property and operate it as the Riviera from 1931 until its destruction five years later on a cold Thanksgiving night.

The following is an account of the fire as reported in the Hudson Valley’s Kingston Daily Freeman newspaper on November 27, 1936.

Fire Chief FRANK SCHMIDT sought the cause of a fire which broke out last night in the 35-year-old wooden structure and spread so quickly that Fort Lee's four fire companies, reinforced by two from Englewood Cliffs, could do little.

MARDEN valued the building and contents at $250,000, and Chief SCHMIDT said the loss would approximate $200,000. Only 10 per cent of the damage was covered by insurance, MARDEN said.

The building, which had been closed for the winter two weeks ago, was open yesterday for MARDEN'S annual distribution of 500 Thanksgiving baskets to poor families.

JOHN TIERNEY, a Fort Lee volunteer fireman, was overcome by ammonia fumes when the resort's refrigerating plant exploded. He was revived by fellow firemen.

The Riviera, near the end of George Washington Bridge, was built about 35 years ago and was operated for 30 years as the Villa Richard.


While the fire put an end to the first chapter of the Riviera, it would also ensure the rest of the story would attain legendary status. The tragedy, whose flames and smoke could be seen from both sides of the Hudson River, literally set the stage for the establishment of the new Riviera and a totally new era of nightclub entertainment.

The new Riviera was built a smidgen south of the original spot, closer to the George Washington Bridge. And this time it would be an Art Deco masterpiece complete with a retractable roof, revolving dance floor and bandstand, and plenty of room for illegal gambling.

History states it was a worthy rival to all the NYC hot spots of the day: drawing top talent, attracting notable and notorious patrons, and pioneering a new style of lavish performance (Frank Sinatra, Dean Martin, elaborate chorus numbers, etc.) that would later become the cornerstone of "golden age" Las Vegas entertainment.

It would operate until 1953 (with a several-year break due to rationing during WWII) when it was demolished to make room for the construction of the Palisades Interstate Parkway. And though the closing of the new Riviera may not have been due to a blaze, the club certainly went out with a bang. The last show—on October 4th, 1953— featured Eddie Fisher and Henny Youngman.

Just another example of really cool stuff that got its start in Fort Lee.


Here is pre-Riviera photo of the Villa Richard, © PIP-NJ Archives: 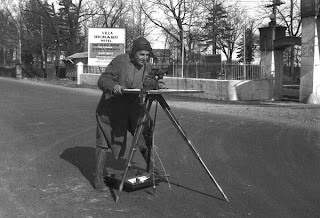 And a post-Villa Richard, post-Riviera, present day photo of the remnants (Hudson Terrace @ Myrtle Ave), © me: 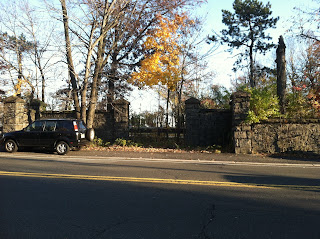 Posted by Toasterchild at 3:43 PM 2 comments:

News as it Happens Pt. 2

There was a carbon monoxide emergency at our building tonight. No one was hurt, but we don't have heat or hot water as the Fort Lee Fire Department believes the boiler is the culprit.

This video was taken from the front entrance and my balcony.

Posted by Toasterchild at 10:28 PM No comments:

Tonight, the cable channel which has brought the American people such gems as Rocket City Rednecks and The Dog Whisperer is set to air yet another JFK assassination special. This hour-long program, entitled JFK: The Lost Bullet, is purported to support the asinine notion that Lee Harvey Oswald acted alone.

It seems journalist and JFK assassination expert Max Holland has given hi-definition treatment to the Zapruder film and other images to shoot down the “grassy knoll” theory and debunk, among other assumptions, the widely-accepted timeline of the events of November 22, 1963. He will do this by presenting never-before-seen evidence, including interviews with witnesses who have been silent for years. Years, hopefully, not spent developing early-onset dementia.

A preview of the special in the New York Times promises it will also feature a reenactment of the shooting which will involve laser technology. I am ultra-psyched about this because if I see one more watermelon (or Jello mold loosely fashioned to resemble JFK’s head) get mercilessly annihilated by a Carcano rifle, I will flip my pillbox hat.

I suppose by now it’s not a secret that I believe the taking down of our 35th President was absolutely not the work of one man. And, honestly, who knows whether that is due to the facts, my naturally skeptical nature and fertile imagination, or my relentless conditioning by everyone from NPR to Oliver Stone to the Reelz Channel.

Really, is my allegiance to the “conspiracy side” any more justified than those persuaded by the Warren Commission Report? There can be a million reenactments, I don’t think we will ever know the truth. But as my skull currently houses a brain, not gelatin, I stick to my guns…er…opinion.

Regardless, I will watch the special. Not because I have an open mind about this issue, but because it has been quite a while since I’ve enjoyed a good comedy.

I still can’t believe that 48 years later folks like Holland are still trying to sell this bullshit to us on the TV. If you are interested, the special airs on the NatGeo Channel at 9PM tonight. They will also be repeating it on the paid programming nework at 2AM. 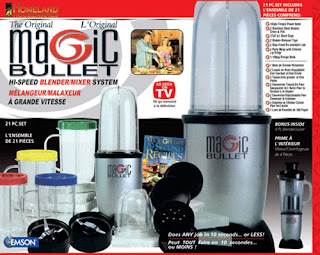 Don't be Afraid of the Dark

Tonight brings an end to Daylight Savings Time. A sad occurrence in and of itself as daylight seems to be the only thing Americans have the ability to save these days.

This antiquated ritual of "fall back" makes our already too short days seem even shorter and is a harbinger of the many long and cold nights ahead. The only upside is that we all (well, except for those holdouts in AZ) get an extra hour of much needed sleep tonight.

So when you're driving to and from work in the dark come Monday, just remember that there are only 106 days until pitchers and catchers report. But until Spring Training comes around to impart optimism for a new season seemingly full of possibilities, let's chill (literally) and try not to be afraid of the darkness outside...or within ourselves.

As the fellow below once said, "The big lesson in life, baby, is never be scared of anyone or anything."

Posted by Toasterchild at 2:41 PM No comments: