First In, Last Out

Champion Film Studios was the first permanent movie studio built to accommodate Fort Lee's once bustling motion picture industry. It was established in 1910 and run by pioneer and studio executive, Mark Dintenfass.

Its off-the-beaten-path location (at the dead end of 5th Street in the Coytesville neighborhood) and industrial appearance was indeed by design. Champion was an independent film studio and, as such, was attractive pickens for the prying peepers of the Motion Picture Patents Company (AKA the Edison Trust). By keeping a low profile, Champion hoped to elude Edison’s men who were known to impose unfair licensing fees and to rely on the muscle of organized crime to collect them.

In fact, it wasn’t just the year-round pleasant weather and ample land that lured the film industry to Hollywood. Filmmakers found the cross-country distance helped make “enforcement” by the NJ-based MPPC more difficult. 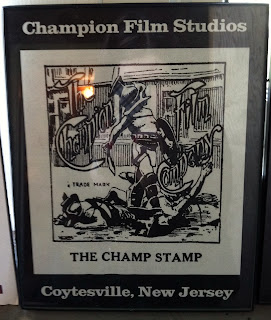 In 1912, Dintenfass began a stint as an executive at the newly-formed, now famed Universal Film Manufacturing Company. And his studio, along with two other Fort Lee independents, Éclair and Nestor, became part of the Universal family. For several years following, the Champion building was used for the making of film shorts (“Universal East”) as Hollywood's new Universal City facilitated the production of feature films.

Today, the Champion building is currently the oldest standing studio structure in the US. It was fashioned to look like a factory and in this case, function followed form: in more recent years it was used as a printing facility. Now, it’s either abandoned or an OSHA wet dream. See for yourself: 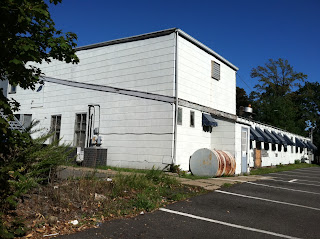 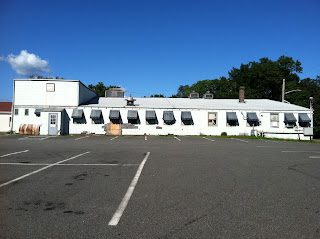 As for the Edison Trust, a federal court terminated the organization in 1918. But by then it was too late for film to return to Fort Lee.


Completely random detail: the old Champion property currently shares a lot with A-1 Taxi, who just happened to have a car parked next to mine this evening in back of the sushi joint where I pick up my dinner on Mondays. 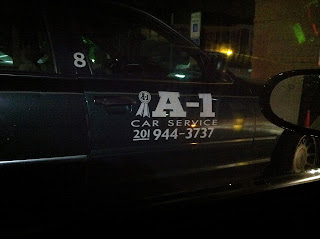