Back in June, the USDA demolished the “Food Pyramid” in favor of a new place setting-type icon that illustrates which food groups should be present on your plate and the approximate area of your dish they should occupy. Maybe you’ve seen it: 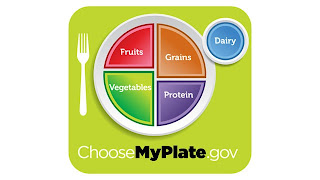 It’s been branded “MyPlate” (yes, one word). Seemingly an attempt to capitalize, yet not overtly infringe, on the popularity of Apple products while encouraging the consumption of actual apples.

This particular diagram gave me flashbacks to my high school home economics/cooking class where they taught us how to properly set a table. This was also the class where the instructor eschewed the traditional butcher's chart and got on all fours to demonstrate where, in terms of anatomy, various cuts of beef came from. She was Canadian.

We all know the country (I’m referring to the US, in spite of the aforementioned high school teacher) is quickly going down the tubes. And while public health is certainly a worthy priority, I could not help but wonder what exactly the hell was so wrong with the food pyramid that taxpayer funds needed to be spent on this bullshit. I mean, people have been ignoring it forever, right?

After some research, I discovered that the food pyramid--unlike the Egyptian pyramids--was neither ancient nor set in stone. In fact, it actually underwent a renovation not too long ago. In 2005, the number of food groups was increased to six and steps (along with a little running stick figure) were added to the left incline to illustrate the importance of exercise. For those of you wondering, the original 1992 edition included just four food groups and contained no reference to physical activity. Obviously, this first pyramid pre-dated widespread high-speed Internet access.

As to my original question of why we needed to mess with the damn thing in the first place: well, it turns out governmental health experts deemed ANY food pyramid to be “confusing.”

I wonder where public education falls on the “fix it” list.

I’m no nutrition expert or health nut, but I can’t seem to wrap my head around the concept of adding food groups. This smacks of slippery slope to me. And I’ve seen evidence.

You see, one of my favorite after work activities involves going to the local A&P Fresh, copping a cup of coffee (which should be a food group, btw) from the in-house Starbucks and skulking the aisles. Over the past few months I’ve been noticing an increasing number of products touting the nutritional benefits of the “healthier” foods from which they're derived. These are pretty straightforward: fruit drinks, vegetable juices, and processed cheese logs (as much calcium as a glass of milk!), etc.

But I've also witnessed a slew of new products that really have no relation to the foods whose nutrients they are claiming to possess. 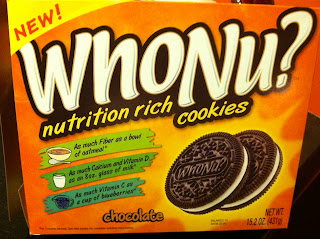 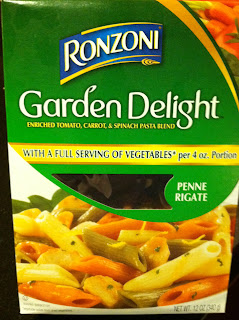 Cookies instead of blueberries? Pasta instead of vegetables? I mean at least Velveeta has something to do with milk, right? But this other stuff is just madness.

Maybe it’s just a matter of time before “whole grain whiskey” helps me reach my RDA of fiber intake and “Omega 3 cheese pizza” allows me to abandon fish oil capsules.

From the looks of this (Exhibit C), cough drops now "count" as fruit, so who the hell knows: 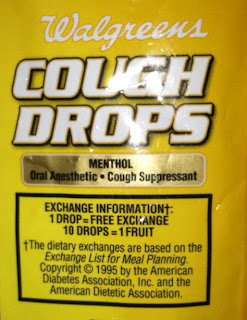 But hey, USDA: when it’s time to redeisgn that MyPlate icon to include a new section for food groups that masquerade as, well, other food groups (or if you just need to add Soylent Green)…I freelance.
Posted by Toasterchild at 8:31 PM