Today I read this totally random article about the so-called “Covers Scandal” that moon rocked NASA in 1971. And, no, this had nothing to do with sexual harassment or gays in the shuttle program.

Stupid story short: a couple of Apollo 15 astronauts took some 400 postage-stamped envelopes (called first-day covers, hence the name of the scandal) into space with the intention of selling them as souvenirs upon their return. When NASA brass found out, they confiscated the covers and publicly “disgraced” the spacemen for unauthorized shenanigans. At least I think that was the official charge. Anyway, the naughty ‘nauts ultimately had the last laugh as it turns out government confiscation of their personal property is against, like, the Constitution. Though I can see how a government agency could overlook something so complex. 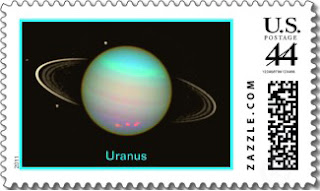 Now, usually I’d tuck info like this snuggly into the “who gives a shit?” brain file – you know, the one that makes me a hoot in intimate social settings yet prevents the sticky build-up of any specialized, useful knowledge. But not this time.

This article made me think: if astronauts can’t even have good, clean, fun at work...then really, what hope do the rest of us have? They put their lives at risk by being shot into outer space via government rockets, goddamit! Juxtaposed the crap that has gone on at NASA in more recent years, this covers business is so harmless a “scandal” that it almost sounds made up. Shit, they didn't even have Ebay in 1971. How were they even gonna unload the cosmic covers?

Back to my point. I know how unnecessarily crazy work makes some folks. (This became apparent recently when I actually said, out loud, “Yes, we have no bananas” during a team meeting, and had to be talked out of posting “Arbeit Macht Frei” above my cubicle.) And this doesn’t have to be. I won’t lay out specifics because I suspect if you’re reading this you already know (and probably share) my opinions on how the modern workplace has stretched the outer limits of common sense.

I just feel sorry for us. And for those philatelist pilots.