All the “good” Christians are observing Good Friday today. It seems, and I admit the Internet is my sole source of research here, their day began with mass followed by relentless message-boarding about Lady Gaga’s un-Christian use of the word “retarded” (while, no doubt, salivating over photos of her meat dress on this day of fasting and abstinence).

But last Saturday – a day not as good as today since no one was nailed to a cross by an angry mob – a group of God-fearers in Richmond, Virginia held a reenactment of the sentencing phase of the blasphemy case against Jesus Christ. This “trial” was held at the Church of the Holy Comforter which, I was surprised to read, is not the same thing as my bedroom.

The U.S. Attorney who came up with this nonsense said, basically, that the purpose of this exercise was to call attention to the non-Christlikeness of the death penalty. Apparently, there was no Internet message board on which to do this, so the church arranged for this “trial” instead. Note they did not convene to actually work to abolish the death penalty or get involved with some Barry Scheck-ish free-the-wrongfully-sentenced-to-death project. Clearly, it’s a much better use of everyone’s time to play moot court Jesus and then gather in the multipurpose room for a meat-free pot-luck.

Ah, but this was no amateur hour passion play. While the jury was made up of church members, the “court” was comprised of actual legal professionals. Since the real-life Jesus was indigent, the mock trial Jesus got a real-life Public Defender. And who stood in for Jesus? A black man! However, if you think that casting decision had anything to do with the fact that historical Jesus (as opposed to the Renaissance Art edition) was most likely dark-skinned, check yourself. In the words of the Public Defender herself – “Most of my clients look exactly like this young man...” 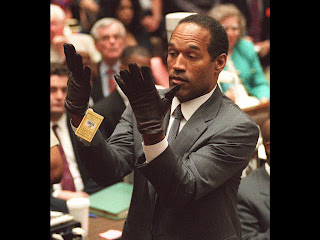 Needless to say, the “jury” concluded that the young black Jesus of Richmond not be sentenced to the death penalty (or, as I say, murdered by the State). He got life.

Yes, a jury full of church members dedicated enough to give up their Saturday to participate in this bullshit sentenced their Lord and Savior to LIFE IN PRISON. But, again, this “trial” was in Virginia - the state so eager to institute capital punishment that it executed its first felon prior to becoming an actual state. And he was black to boot. So, perhaps we should view this as progress.

Happy Easter, everybody.
Posted by Toasterchild at 6:48 PM No comments:

And The Survey Says...

Yes, showtunes. Specifically, “Guys and Dolls,” for those of you familiar with Marlon Brando’s exploits on a Triumph, not on soft shoe.

I’ll tell you what was in the NY Daily News this morning: a report of a survey indicating that women feel “old” at 29 while men don’t feel past their prime until 58. What’s the reason for the disparity in age perception between the guys and the dolls? Well, as I’m sure no one would have guessed, the study determined that women judge age by physical features while men gauge age based on sex drive.

The highly scientific poll was based on the feedback of 1,000 respondents. It was conducted on the web and funded by British-based Avalon Funeral Plans. I suppose it may have had something to do with trying to figure out when people feel “old” as that might spur them to start casket shopping. I mean, I am certainly over 29. And, as those of you who have witnessed my post-martini “I need Botox” spiel can attest, the possibility exists that I just might check out Bloomingdale’s Big Brown Box sale this weekend. Friends and Family plots…20% off!

This survey may or may not be worth anything in terms of social research, but it did make me think about a not-so-phenomenal phenomenon I regularly encounter in the media. That is the propensity to offer an “excuse” for calling attention to the attractiveness of any women over the “it” age of 29. You know the routine – 30-plussers can never be referred to (directly or indirectly) as just beautiful or (God forbid) hot. It’s always X, Y, or Z has a “flawless face,” “lustrous locks,” or “upper arms as unshakable as armor.”

I am happy to say there was one positive aspect to the article. The Daily News reported that many New Yorkers basically called horseshit on the study; they claim age is just a number. 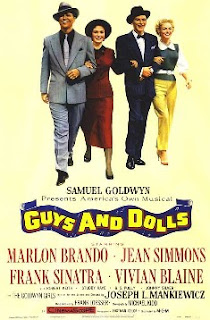 Maybe it is, maybe it ain't. Maybe I should go back to reading the NY Post. But then I’d never be tempted to break into showtunes like some crazy "old" doll!
Posted by Toasterchild at 10:13 PM No comments: 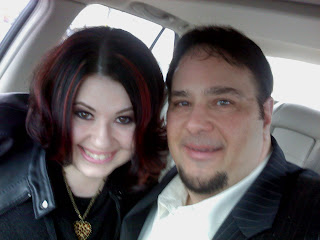