These are from my last "real" vacation. Yeah, it was a while ago.
I think the phrase "Body by Ghia" sounds so...very...infomercial. 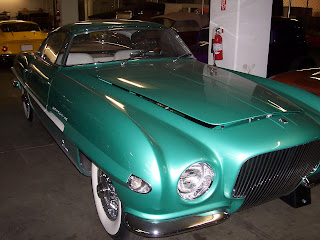 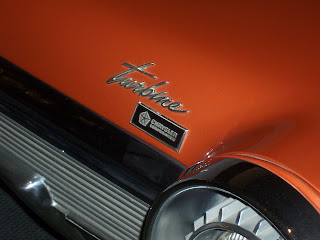 I shot this photo of an ominously over-sized, honey-hued moon over the Whitestone Bridge last night. It was late and freezing outside; I took it through the glass door, all the way zoomed in, on a simple point-n-shoot camera. The quality ain't great, but you get the idea.

This scene got me thinking about the "moon illusion" theory -- something I hadn't thought about since a school trip to the planetarium a good 20ish years ago.

And by "thinking," I mean "Googling."

It seems (mostly) everyone agrees that it is an illusion, though Wikipedia maintains that the nature of the illusion is still up for debate.

So I went to The Straight Dope -- where I always go for this kind of shit. No debate there. Anyway...enjoy. 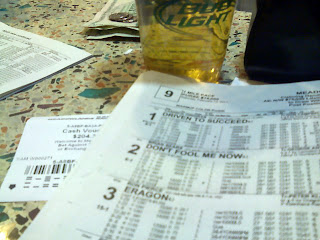 Posted by Toasterchild at 2:11 PM No comments:

The Owls Are Not What They Seem

There is this website, SongMeanings.net, which is a great place to kill some time. If the URL didn't give it away, it is a message board-style site where people can post their interpretations of song lyrics. You can search by artist, song title, etc. It’s also a great place to look up lyrics should your crooner of choice sing like he’s got a mouth full of marbles.

As you can imagine, people post some pretty far out shit on there. Did you know that “Chumming the Ocean” by Archers of Loaf is actually about sexual dysfunction? No? That makes two of us.

Continuing with the ideas of hidden meaning and marine themes...

I went to lunch last week with a group of mothers (no, actual mothers) who began discussing age-appropriate entertainment in light of the new Bieber flick. Soon enough, the conversation turned to TV shows – with the main focus being shows they do not allow their kids to watch.

One offered that SpongeBob SquarePants is a no-go because it contains “adult themes.” Now, I've never seen enough of an episode of SpongeBob to even gather what the hell it's about on a literal level, let alone a symbolic one, so I earnestly asked her what exactly she meant by “adult themes.” After being somewhat ignored by everyone at the table, I asked again. Crickets. I waited another minute or two and then I gave it one more shot: “I’ve never seen the god dammed show – what do you mean!?!?”

Another woman who has two grade-school kids explained how one episode featured a reenactment of the “Battle of Bikini Bottom” making references to the “clean” and “dirty” factions of their habitat, which is (from what I can gather) known as Bikini Bottom.

This "explanation" made no sense to me whatsoever. Is SpongeBob taking sides on the Brazilian waxing debate? What the hell am I missing?

Maybe someone should start CartoonMeanings.net.
Posted by Toasterchild at 1:55 PM No comments: