My memory of college is hazy. Academically speaking, I’m not sure I took away all that I should have and, God knows, I put too much effort into things that did me no good. Evidence: that “A” in plant biology and that “C” in graphic design.

That’s why a random college flashback I had today – in the middle of a design job (how you like me now, professor d-bag?) – totally caught me off guard. This incident might very well belong in the “you had to be there” category, but on the off chance that any of you share my bizarre sense of humor, here we go...

It was spring 1996, the end of my freshman year. For some dumb rhetoric final, we had to prepare an “argument” about a current events issue and present both sides...in front of the whole class. This self-debate would be followed by three minutes of questions from the class that the presenter would have to answer from both points of view. Yes, it was just as screwy as it sounds. The only reasons I remember this exercise in state-funded schizophrenia was that 1) I hated public speaking, and 2) sitting through the “arguments” from my fellow classmates was something like watching The Gong Show. 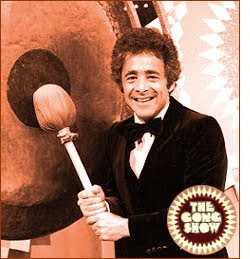 Surprisingly, I do remember what my issue was: Mahmoud Abdul-Rauf’s refusal to stand during the national anthem (kinda ahead of the times bringing up that shit in a pre-9/11 world, huh?). However, I don’t remember the questions I got or my grade. And, even if my life depended on it, I couldn’t give specifics on what the other kids yammered about...save for one.

Before I go on, let me set the scene. I went to the pasty white College of Liberal Arts at the University of Minnesota. The majority of kids hailed from heartland suburban (in contrast to NYC suburban, which is actually more urban than Minneapolis), semi-rural, and rural areas. So, yeah, we’re talking zippo in the way of racial diversity or urban culture let alone any familiarity with East Coast/West Coast rap wars.

Back to Gong Show 101. A girl gets up and starts in on how Tupac Shakur is still alive and that he left all kinds of clues and shit (I’m paraphrasing) to support this hypothesis. Evidence of his faked death was supposedly in song lyrics, videos, symbols hidden in bling worn by his Thug Life crew, you name it. It was obvious that she personally believed this side of her “argument” as I remember her devoting well over the allotted 50% of her presentation time to it.

Why is this so funny? Picture a classroom of a few dozen white farm kids listening to passionately presented “facts” of malfeasance surrounding Tupac’s “death.” Facts accompanied by visual aids, to boot. And by visual aids, I mean a poster board collage consisting of photos of Suge Knight, album art, and Tupac’s tattoos.

Oh, man. I remember biting, BITING, the insides of my cheeks so I didn’t burst out laughing. Meanwhile, the rest of the class was completely befuddled. I’m sure this was the first many of them have heard of this fucking nonsense – Makaveli rising from the dead to seek revenge against the East Coast and whatnot – let alone heard a real live black person speak.

When the Q&A portion rolled around you could hear crickets (really, our campus was quite woodsy). 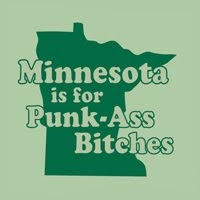 As I said upfront, this story may not make any sense to anyone but me. All I know is that I’ve forgotten about it for almost 15 years and I’m putting it down now so I will remember it 4eva.

Tupac lives after all, y’all.
Posted by Toasterchild at 8:11 PM