Hope for the Haggard

I have observed a very strange social pattern in recent months: people are exceptionally cranky. Previously pleasant types are now constantly complaining. They have even taken to complaining about other people’s complaining. This has been bothering me for awhile, as I’ve been complaining incessantly too. And since my complaints are, of course, valid there has to be more to this.

A “complaint” is commonly defined as an expression of pain, dissatisfaction, or resentment (or all three in some cases). Call it what you want, it all boils down to the failure of something or someone to live up to expectations. But people have been letting people down for years. From the Government to the Verizon store to our own damn kids, so what gives in 2010? Why are people so vocal with their dissatisfaction?

The recent inundation to the complaint department is because:

Absent an “all of the above” response, I’m gonna go with “c.” Mostly because choices “a” and “b” assume some kind of personal responsibility...and that’s a post for another day.

So, let’s talk a bit about the folks who are setting the standards too damn high. I’m going straight to the top with this one. In 2008 Obama had the country believing we were on the verge of a new era of prosperity. The First 100 Days came and went, and suddenly the wide-eyes of an optimistic nation began to squint. Now, a good percentage of the public would agree the motto for the latter half of 2009 should have been “We went to Obama for hope, and all we got was a lousy t-shirt.” 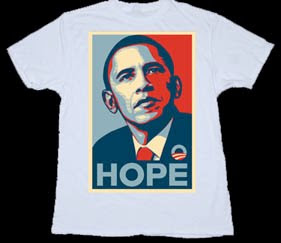 Here’s where the “punishing us” part comes in. Call it the trickle-down effect or what have you, but I really believe people of any power whatsoever took the yanking of the dawn of hope as license to yank whatever “hope” they were in control of: promotions, jobs, free checked luggage, etc. Granted, some of this squeezing began long before Obama, but I don’t think the full and cumulative effect was felt until recently.

People didn’t get the shiny “New Beginning” and they became irritable. Take away their 401K matching (or worse) and watch the downward spiral unfurl…the big boss man says business is bad because of Wall Street. Wall Street says the problem is the Government. Government says the problem is GM paying people too much or some bullshit. And what happens? We endure pay cuts, record unemployment, and a slashing of our retirement account balances. When the dust settled, we saw the big boss man still had a job, Wall Street had a huge bonus year, and somehow our tax money went to GM (who laid off thousands last year) and unemployment insurance. It’s only natural to ask WTF. Maybe this was the plan after all – make everyone’s personal life a mess so we won’t have time or energy to question the “higher level” stuff.

But back to the complaining that got me started in the first place. There is a kind of an official phrase around my office. It’s “I can’t”. And it’s usually accompanied by a shaking of the head followed by a foot shuffle all the way back to the cubicle. This mantra is not so much an expression of defeat, but one of protest...more of an “I can’t do this much longer.”

Does this mean that we (ahem, the people) are finally getting the courage to say “I can’t” and really mean it? You know, working up the anger to revolt in a way that will make those in charge realize that there really aren’t enough undocumented workers to do all of our jobs?

Here we are in 2010. In two years, we went from a rousing chant of Obama’s “Yes We Can!” to a muttering of “I can’t.” Maybe the latter is the true rally cry which will fuel us to seek real change, in our personal lives and on the “higher level.”

We can only hope.
Posted by Toasterchild at 7:48 PM No comments:

Apparently I am too short and my boobs are too big to fit safely in a Solstice. So, I bought this instead: a 2005 Chrysler Crossfire. Only 11K miles. I love it. I can't believe they do not make these anymore. Fools!

This was taken at the dealership, Mercedes-Benz of Greenwich. Yeah, I had to take the search across state lines. Enjoy the photo. I am sure I will be writing more about this later... 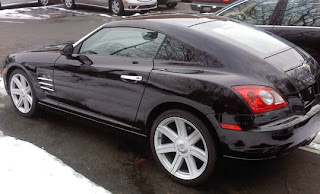 Posted by Toasterchild at 3:13 PM No comments: