Getting ready for the New Year... 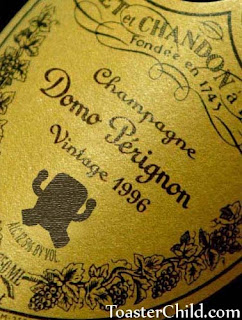 Posted by Toasterchild at 5:53 PM No comments:

On Sunday, two days before my 33rd birthday, I am going to seriously begin a search for an "adult" car.

The first and only car I ever owned (which I still drive) is a 1996 Hyundai Accent that I bought in 2003 for $3K cash.
To those of you keeping track, yes I was 27 before I started driving. Sure, there was the short-lived moped scooter thing in which I putted around town at 20 MPH and the ex-boyfriend's Civic that I put into a ditch. But the Accent was my first honest-to-goodness vehicle registered in my name.
The Accent has served me well. To date, it only has about 66K miles on it. Yes, it sounds odd, but it’s quite true. I have never been much of a driver. I've never lived very far from any of my jobs; my current place of employment is 3.5 miles from my house (including the .5 miles it take be to spiral up the parking complex). Merging on to highway entrances make me nervous. Plus, John's Cadillac is an infinitely better ride with the bun warmer seats and all.
For the longest time, I really didn't care what my Accent looked like. Though 99% of the time my car was the shittiest in any parking lot I entered (in Fort Lee, even the teenagers drive BMWs), I didn't get too bent out of shape about appearances.
Noise is another story.
Two weeks ago, a security guard at work asked me if I knew that something was "hanging off" the bottom of my car. I was so embarrassed. Upon a rigorous flashlight inspection, John said it was "nothing important" and that he couldn't get it on the lift until the weekend.
So, I drove it to work the next day. I scccccrrrrraaaaaped past the same security guard as his beady eyes followed me into the parking garage. Oh, the humanity. I was so pissed at the whole thing that I ran over the speed bump at a clip that much exceeded the posted 5 MPH parking garage speed limit. Consequently, whatever was hanging there flew off and bounced a few times down the ramp. When I got to the office, I warned the ladies that some metal is on the loose in the parking garage. "What level?" they asked. "D," I said. "‘D’ for ‘detritus’." I settled in to my cubicle and called John, who wasn’t surprised. When I told him what happened he said, "I knew it would come off as soon as you hit something." Thanks.
Now, the fucking thing is loud, smells like oil leak (whole other problem), and shakes on occasion when idle. It’s to the point that I don’t even carry my nice handbag as no one would ever believe that someone driving such a bomb would not be toting a counterfeit. I feel like Columbo. Or that kid with the bouncy hair in the free credit report dot com commercials (...Now instead of lookin' fly and rollin' fat/My legs are sticking to the vinyl and my posse's getting laughed at). Uggh.


So, following a pleasantly uneventful Christmas, we are going to a dealership in NY to look at a Pontiac Solstice that is supposedly fantastic. I've wanted one since they've come out, but I am a little apprehensive now that Pontiac is officially down the tubes and whatnot. Not to mention the financial impact of a car payment or a full coverage insurance premium. I've never had either in my life. I guess this is all part of the having an "adult" car – it brings with it "adult" problems like budgeting.
We'll see. Unlike the bouncy haired guy, I've got perfect credit, so perhaps it won’t be too bad. Maybe it won’t happen this weekend, but I've got to get something going soon, or soon I won't be going…anywhere.
Posted by Toasterchild at 3:43 PM No comments:

(Mike) Joy to the World!

As January begins, a mild sadness always creeps over me. The fiber-optic Christmas tree has been stuffed into our storage bin, the champagne flutes have been put away, and I am officially a year older. There’s still about a month and a half before pitchers and catchers report, and it’s still dark when I leave the office.

For these reasons, I have to say the mid-January staple known as Barrett-Jackson Scottsdale is perfectly timed. The largest of the B-J Collector Car Events is always a bit of festive week at our place. Just what I need to lift the spirits!

How I look forward to planting my Snuggie-clad tuchus on the sofa as John and I tune in to SPEED TV (in HD, of course) to welcome Bob Varsha, Matt Stone, Mike Joy, Steve Magnante and Rick DeBruhl into our home for the first Barrett-Jackson Event of the new year.

I can’t help but do a little dance as The SPEED TV “Special Presentation” intro plays to kick off that first hour of coverage. For now, and for the better part of the week to come, I leave the post-holiday blues behind and run through a whole spate of emotions (not to mention take-out food). Here are just a few:

Disbelief: We watch as the “affordable” autos roll across the block. Where the hell does that guy get a million dollars?

Longing: Yes, John. I know yours had the pistol grip.

Irrational logic: Seriously, if I had 4 million dollars, I would totally buy the “Parade of Progress” over a house in Alpine.

Impatience: Alright, Carroll Shelby, you’re a legend. We get it. Now, let’s moooove on.

Sadness: My heart sinks just a little at the top of each hour when upon returning from a commercial break the announcers state that one more hour (of like 1,000) of SPEED TV coverage has passed. They reassure me there is still plenty more action to come – but the damage is done. Don’t toy with my emotions, Matt Stone.

Confusion: Can Ron Pratte possibly care so much about the Daryl Gwynn Foundation, or is it just a tax deduction? Hmmm…  And why do they let John Schneider carry on like that – he’s JUMPING ON THE ROOF…AGAIN!

Titillation: Good lord, Steve Magnante, feel that steel! (If you haven’t seen it, let me explain: in a new broadcast segment, called “Feel the Steel” a blindfolded Mags runs his hands over a classic vehicle and gives the make, model, and year within seconds.) If that ain’t the ultimate in geek-sexy, I just don’t know what is.

Heartbreak: I always get upset as the SPEED team wraps things up with their “final thoughts.” I actually wept one year as Mike Joy gave a rather touching closing (and I am not being sarcastic here) where he recalled the passing of his father, a car enthusiast, and expressed how he wished he could take just one last ride with him.

But nothing lasts forever.

Before I know it, it’s Sunday afternoon and, just like the holiday season, B-J Scottsdale is over too quickly.  Out of our TV come those familiar words I hate to hear: “And that concludes SPEED TV’s coverage of Barrett-Jackson, live from Scottsdale, AZ. We’ll see you in April when we broadcast from Palm Beach.”

As the April event will coincide with our yearly trek to Mets spring training camp....oh yes, Matt Stone, you will certainly see us in Palm Beach!
Posted by Toasterchild at 8:23 PM No comments:

The absolutely wonderful “What Were They Thinking?” exhibit at the Petersen Automotive Museum is a testament to missing the mark. It’s a strange collection of bad ideas that were allowed to go too far and, perhaps, a cautionary tale for all of us.

One of the most bizarre vehicles of the display is a mock-up of a car that was never produced: the nuclear powered 1957 Studebaker-Packard Astral.

As if being atomic-powered is not odd enough, consider this -- the car has no windshield. After all, according to description, the nuclear core of the vehicle was designed to provide a “protective curtain of energy” to shield the driver from harm (I could hear the call now: “GEICO, I won’t be needing a policy anymore…the smashing of atoms is the only insurance I need”). Like I said, never produced.

In 2009, we look at something like a windshield-less, force field-protected, nuclear car and scratch our heads. Hell, we even put it in a museum exhibit. But, at some point in time (not that long ago), some big-ass corporate cheese thought this was brilliant. There were investor meetings. Promotions. Advertising brainstorms. Three martini lunches (maybe a few too many of those). All of which lead up to the big unveiling of the Astral. I can close my eyes and envision it: the auto show models dressed in silver jumpsuits gesture as the crowd whispers…“It’s atomic!”

Why? The sad fact is that we are so easily dazzled by the big-ass corporate cheeses, auto show models and buzzwords (then, “atomic”/now, “search engine optimization”) that we begin to believe the garbage that is being presented to us.

We willingly go along, repeatedly missing the mark, because we care more about doing the “right thing” in terms of climbing the career ladder, providing for our families, and just being “yes” people so we don’t get labeled as boat-rockers.

We willingly go along, because no one wants to think that the “next big thing” we devote most of our life to is really just a gimmick: something that promises us a protective curtain but, like the Astral, only serves to throw us from the drivers’ seat and blow us all up.

The folks at the Petersen did a fantastic job with the exhibit. Though, I can’t help but to see the irony in recognizing failure and short-sightedness in a museum exhibit. That seems to imply it’s a thing of the past...
Posted by Toasterchild at 8:41 PM No comments: